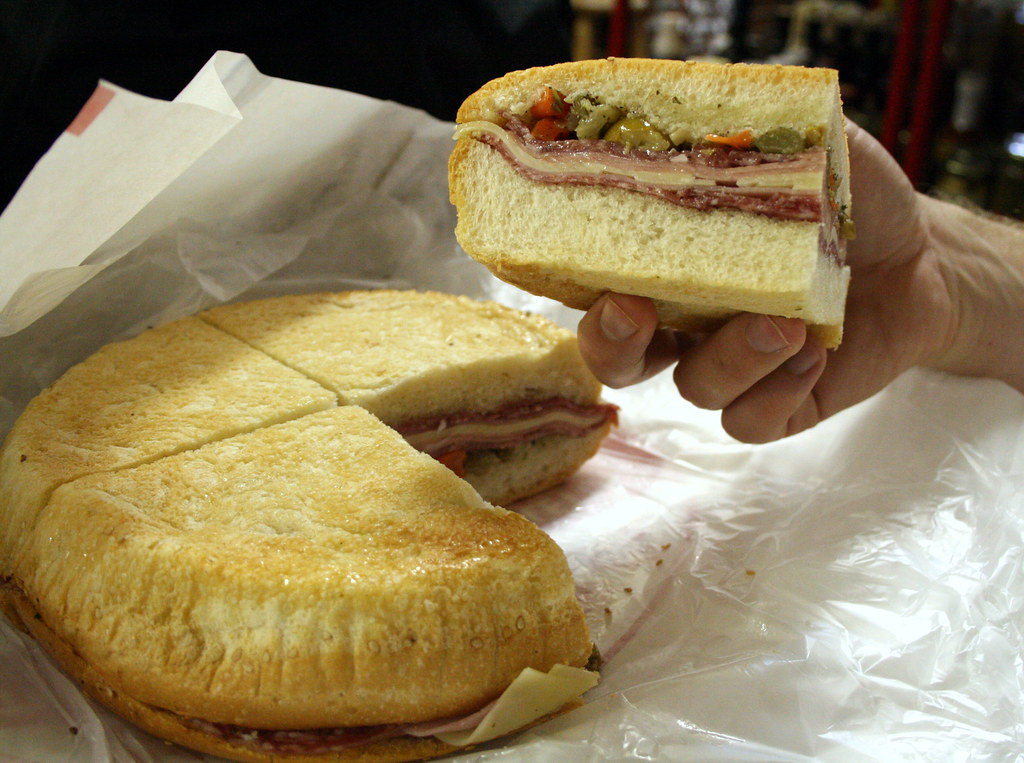 This small grocery faces the French Market and served the farmers who long ago staffed its vegetable stalls. The hearty creation of Central Grocery, the muffaletta sandwich, is a large round loaf split in half and layered with Genoa salami, mortadella, ham, provolone and signature olive salad. A quarter of the sandwich and bag of Zapp's chips will suffice for most appetites. Better yet, order half and save the leftovers for midnight snack.